From 4 to 9 September, the international meeting Scientific Detector Workshop 2022 (SDW2022) will take place in Potsdam to discuss the latest developments in the field of imaging sensors. After a break forced by the pandemic, scientists and engineers are looking forward to the meeting in the historic surroundings of the former Astrophysical Observatory Potsdam on the Telegrafenberg. The focus of the conference, now in its seventh year, is on astronomy and earth sciences.

Wonderful and increasingly detailed astronomical images of stars and galaxies would not be possible without technologically sophisticated detectors with which modern space telescopes and large observatories are equipped. Most recently, the release of the first images from the James Webb Space Telescope (JWST) on 12 July, 2022, caused a sensation. It is these electronic “eyes” that enable instruments such as imaging cameras, spectrographs, etc. to perform at high levels, sometimes in spectral ranges not accessible to the human eye, such as UV, X-ray, and infrared. Image sensors for scientific sensors are specially optimized photonic components that require years of development work by experts and, as custom-made products, involve development costs in the millions of euros. As “waste products”, the industry profits from these complex developments, e.g. in the form of CMOS image sensors, which can be found today as a mass product in every mobile phone.

The Scientific Detector Workshop is a conference series held approximately every three years at prominent locations – most recently in 2017 at the Space Telescope Science Institute in Baltimore, USA. Professor Martin Roth from the Innovation Center innoFSPEC at AIP is pleased about the numerous registrations of top-class experts for SDW2022: “It means a great honour for us Potsdamers to be allowed to organize this renowned conference at Telegrafenberg.” Among the participants are leading international experts from institutions such as the European Space Agency (ESA), the European Southern Observatory (ESO), the Massachusetts Institute of Technology (MIT) and NASA's Jet Propulsion Laboratory, some of whom played a leading role in the development of JWST. Martin Roth goes on to say, “Not only are we building on the tradition of optical sensors – photoelectric photometry, then using 1-pixel sensors, was invented in 1913 by Paul Guthnick, director of the Babelsberg Observatory –, but we are now at the forefront of cutting-edge international research with the use of modern detectors for instruments such as MUSE or 4MOST.” 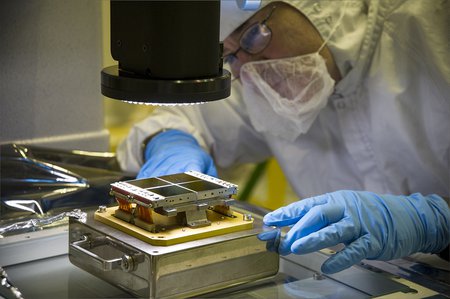 Four H2RG infrared image sensors manufactured by Teledyne for JWST's NIRCam camera. Among other things, this camera was used to take the spectacular images that were presented to the public for the first time on 12 July 2022. 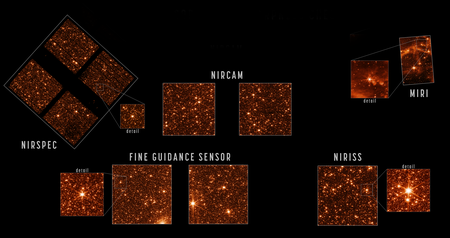 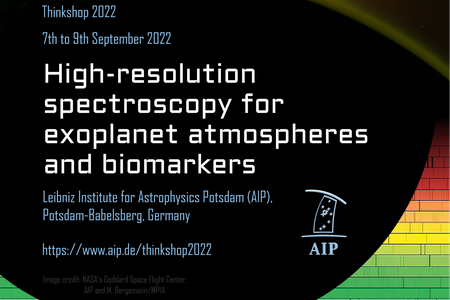