The space probe Solar Obiter, carrying on board the X-ray telescope STIX developed with the participation of the Leibniz Institute for Astrophysics Potsdam (AIP), approaches Earth in a flyby manoeuvre on 27 November 2021 for the first time since the start of its journey almost two years ago and then begins the scientific part of its mission to explore the Sun.

Solar Orbiter is a space mission by ESA and NASA to investigate the Sun. The space probe was launched from Florida (USA) in February 2020 and orbits the Sun on a highly elliptical path. This allows it to come within 42 million kilometres of the Sun, which is equivalent to 60 solar radii or less than a third of Earth's orbit, and thus observe the Sun at close range. After having already made two flybys of Venus to get momentum, the space probe will now return to Earth's vicinity at 5:30 a.m. on 27 November, CET, for the first and only time since its launch. It will pass our planet at an altitude of only about 460 kilometres and then continue its journey towards the Sun.

The Leibniz Institute for Astrophysics Potsdam (AIP) is involved in various aspects of this space mission. Of the 10 scientific instruments on board the space probe, the AIP has provided essential parts to the X-ray telescope STIX (Spectrometer/Telescope for Imaging X-rays). In particular, the STIX Aspect System (SAS) was developed, built and tested at AIP. It is used to measure the orientation of the X-ray telescope relative to the Sun, which is important for the entire mission. This makes it possible to compare the solar images from the different instruments with each other.

The Solar Orbiter flyby marks the beginning of the science phase of the mission. The AIP will be involved in this important phase for several years, both in operations by routinely processing the data of the STIX Aspect System and in the scientific analysis of the data. On the scientific side, the AIP is particularly interested in studying eruptions on the Sun and what influence these have on the Earth and thus the so-called space weather.

Prof Dr Gottfried Mann, scientist at AIP, is pleased with the status of the mission: "We are happy that our space probe is coming back to Earth after 2 years. So far everything has gone well and our instrument STIX is working well. Now the science phase begins and we are very eager to see the first scientific results."

Talk by Dr. Alexander Warmuth about the Sun and Solar Orbiter for our Virtual Babelsberg Starry Nights (in German only):
https://youtu.be/_B13Zceb6YU 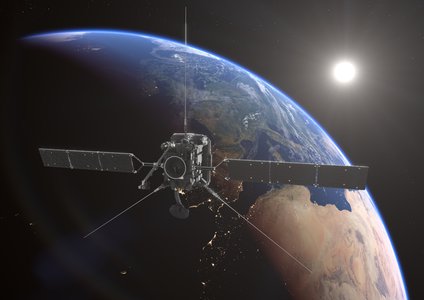 The space probe Solar Orbiter flies past Earth and then begins its scientific mission (artist’s impression). 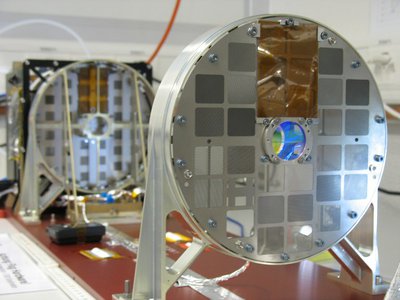 The STIX X-ray telescope, developed with participation of AIP, will explore the Sun at close range on board the Solar Orbiter. 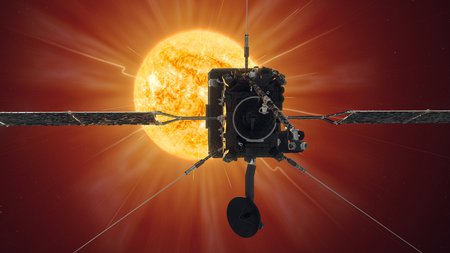 Solar Orbiter will approach the Sun down to a distance of 42 million km. 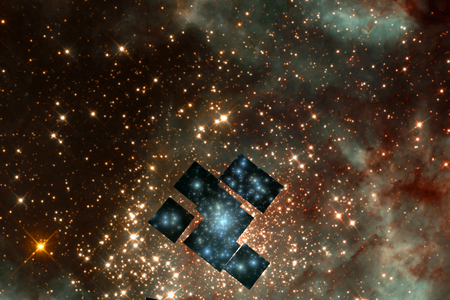 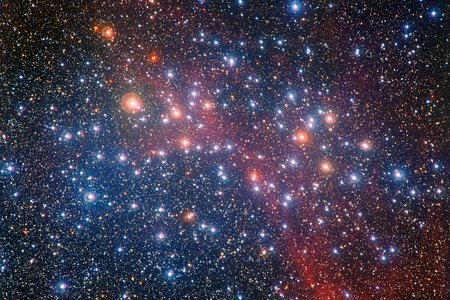 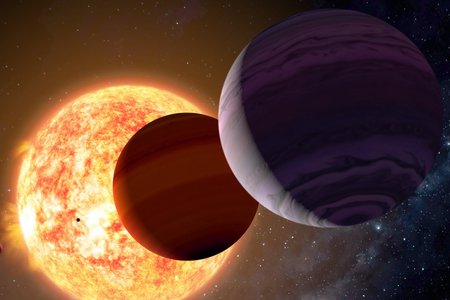