At the beginning of the millennium, the European Space Agency's XMM-Newton space telescope started observing the X-ray sky. On the occasion of its 20th anniversary, scientists, including those at the Leibniz Institute for Astrophysics Potsdam (AIP), are now publishing new catalogues of all X-ray sources discovered with XMM-Newton.

The XMM-Newton space telescope was successfully launched from Kourou in French Guiana on 10 December, 1999, and has been recording data since 19 January, 2000. The European consortium XMM-Newton Survey Science Centre (XMM-SSC) has now published new catalogues, prepared with state-of-the-art calibration and software, containing all X-ray detections since launch. The AIP, a founding member of the consortium, contributed software for the search of X-ray objects and was in charge of the production of one of the catalogues.

XMM-Newton has detected more than 550,000 individual celestial objects. Since some regions of the sky have been observed several times, this results in 810,795 X-ray sources in single observations. Most of the detected objects are new discoveries and often of unknown but diverse nature.

Most of these objects are supermassive black holes that are between one million and one billion times heavier than our Sun, each of which is located at the centre of its own galaxy. XMM-Newton uses its X-ray eye to detect the matter swirling around these invisible objects until it reaches the event horizon of the black hole – the point of no return, where not even light can escape the black hole's pull. Other objects in the catalogue include stars, galaxy clusters, comets and supernovae.

Axel Schwope, project manager at the AIP, explains enthusiastically: "With X-ray eyes, we can discover the part of the universe that is invisible to our eyes and dominated by extremely energetic processes and high temperatures. It is fascinating that even after 20 years in space, XMM-Newton provides first-class observational data for all possible fields of astrophysics day after day".

AIP Scientists also prepared another catalogue with information on faint sources that have been observed several times. A software developed especially for this purpose adds together overlapping observations to detect the faintest sources in the sky, increasing the number of X-ray sources discovered. These multiple observations also show how some objects change their brightness over time.

"The study of objects over a period of almost twenty years gives us a great insight into their nature. For example, changes in the brightness of X-ray light allow us to draw conclusions about the ways in which completely different objects collect matter from their surroundings. These changes can originate from stars that are torn apart in the vicinity of black holes, and some of them are not yet understood", explains Iris Traulsen, the scientist at the AIP who is responsible for the catalogue.

These catalogues enable astronomers to study high-energy objects that are often not visible to humans. The area of the sky that XMM-Newton has so far examined in great detail is about 6000 times the area of the full moon, which is still a only one fortieth of the entire sky. X-ray observations are essential to discover and understand high-energy processes in all parts of astrophysics: from the conditions around extrasolar planets to the evolution of stars, black holes and galaxies, and the study of hot gas in galaxy clusters and large structures in the universe. 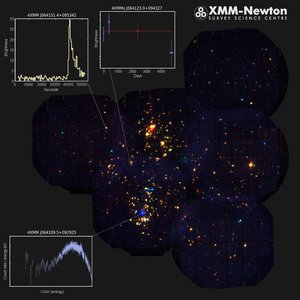 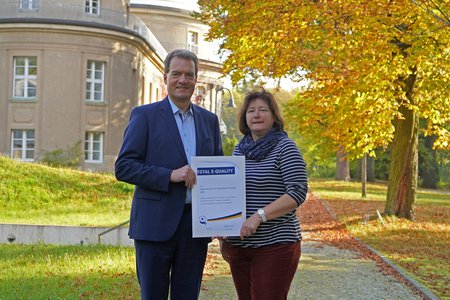 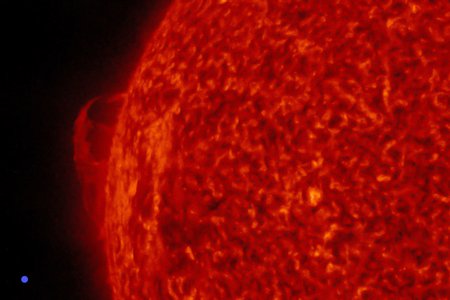 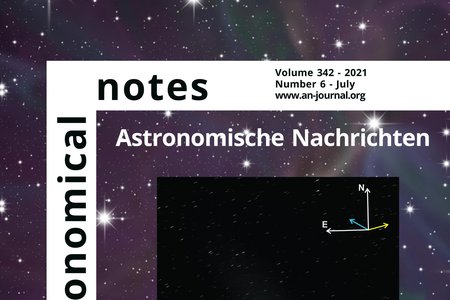